Extending the product family
Back to News
As synchronization is a critical function for the network. A failure of the synchronization distribution can have dramatic consequences. Therefore, synchronization networks must survive those failure conditions that may occur with a non-negligible probability. Hence MOBATIME has come up with two new products in the category of the Grandmaster. 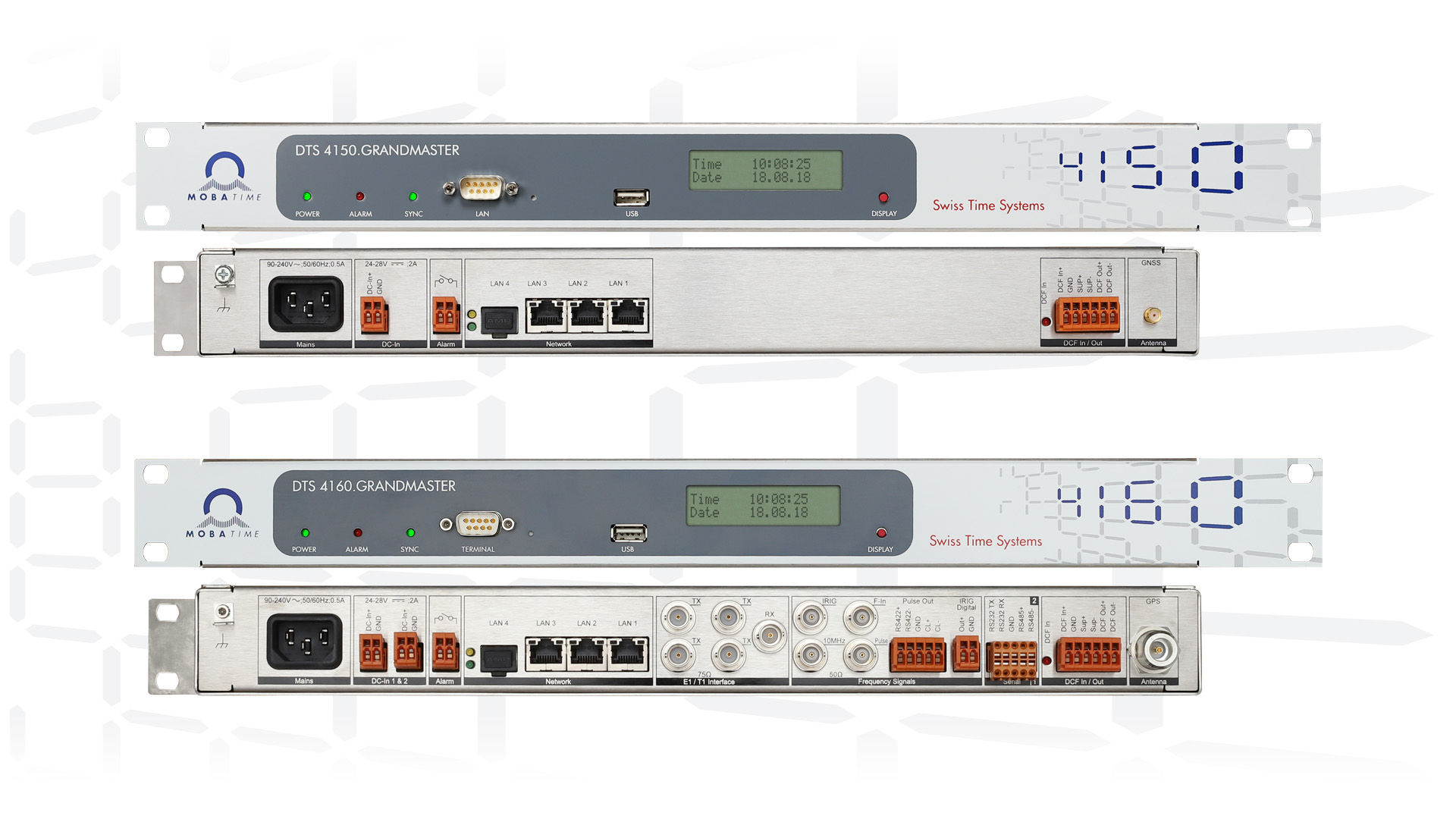 The DTS 4160.grandmaster i is developed not only to fulfil the need of synchronization of Packet Switched Network but also Transmission and Multiplexing (TM) Network in redundancy. It shall be able to provide all types of telecommunication traffic networks with reference timing signals of required quality.

Multiple PRCs and multiple synchronization routes from the PRC to the equipment are under consideration; these routes may be geographically independent, so that link failures affect only one of the synchronization links, leaving secondary links intact. To serve this purpose MOBATIME DTS 4160.grandmaster (i) is provided with 4x E1/2.048 MHz outputs to serve multiple rings of a SDH/SONET network and other time signals similar to that of DTS 4160.grandmaster.

As Loss of information is often caused by poor synchronization or interruption / isolation. This can be avoided by properly connecting the traffic network to an adequate synchronization network equipped with 4x E1/2 MHz outputs for synchronizing the SDH and SONET, a ring structure in redundancy under normal & backup operation.

If an interruption should occur in the system, only this area could be synchronized until the interruption is restored. But how can this be avoided? Using a DTS 4160.grandmaster i, it is possible to synchronize the system from various possible directions. If the circuit is interrupted, the rest of the system receives the time signal from another direction.

Why should a device have multiple interfaces if the customer only needs Gigabit Ethernet interface ports for synchronizing of NTP / PTP client in a Packet Switch Network?

In answer to this question, we have not had an ideal solution so far, however with the DTS 4150.grandmaster we now have a PTP and NTP capable time server with four physically independent RJ45 / optical LAN ports and one DCF port. We wanted a “simpler” & economic Grandmaster and we built it. Customers who only want to synchronize their systems via Ethernet get a suitable product from us.