What does MiFID II mean in the product environment of time servers and which aspects should be considered?

MiFID has been the relevant directive within the European Union since November 2007 when it comes to regulating the financial sector. The ESMA (European Securities and Markets Authority, see www.esma.europa.eu) responsible as authority. Initially established as MiFID I, the relevant regulations have been continuously developed and are now finally being used as MiFID II – after lengthy debates and adjustments – since January 2018. This affects, for example, financial trading centres, investment companies and other financial market players as well as banks, of course (seehttps://www.esma.europa.eu/policy-rules/mifid-ii-and-mifir).

One component of these new MiFID II directives is that, among other things, the technical standards This also includes very specific regulations, which under Chapter RTS 25 focus on the “Level of Accuracy of Business Clocks”, i.e. the time synchronization and the nature of the necessary time stamps in the IT system (see http://eur-lex.europa.eu/legal-content/EN/TXT/ uri=uriserv: OJ.L_.2017.087.01.0148.01.ENG&toc=OJ:L:2017:087:TOC).

Summarized in broad terms, there are elementary changes to the previous status quo. As previously, “Coordinated Universal Time” (UTC) should continue to serve as a timestamp reference time for “Business Clocks used by Operators” – this would probably be understood to mean the financial IT infrastructures in simple terms in practice. In contrast to the past, only a deviation of 100 µs is allowed, which concerns the accuracy compared to UTC at the application level. The requirements regarding the resolution of the time stamp, which can often only be 1 µs, have also been tightened. Details can be found in Tables 1 and 2 of the above-mentioned standard RTS 25.

Concretely related to the use of time server devices, it follows that conventional NTP servers are no longer sufficient for the precise time synchronization of such financial systems and their process run times. The fact that PTP time servers according to IEEE 1588 have to be used to implement the above MiFID II requirements is now accepted as universally accepted by experts. By the way, further details on UTC, NTP and PTP are ours FAQs refer to.

In the practical implementation of these business-specific watch regulations, however, there is often a need for clarification in financial companies. What exactly is meant by “business clocks” in a specific case, which IT infrastructure needs to be synchronized, how and where do relevant runtimes arise? How can you measure these runtimes sensibly and verifiably, which process runtime is created in the standard software, how do you make the “trading machine” (hardware and software) really MiFID II-compliant? In addition, how does one comply with the legal requirement to check the “compatibility of the traceability system” annually?

It is unlikely that it will be possible to offer only one standardized and uniform system and device solution for all applications. Because not only the pure product specification of the PTP time server – with us this would be the DTS 4160.grandmaster – is important for this, but also a wealth of project-specific issues. We are happy to assist you as a specialized project partner.

Do you need PTP or is NTP better suitable?

What does PTP mean, will it replace the NTP procedure in the future? 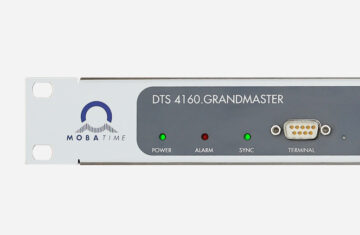