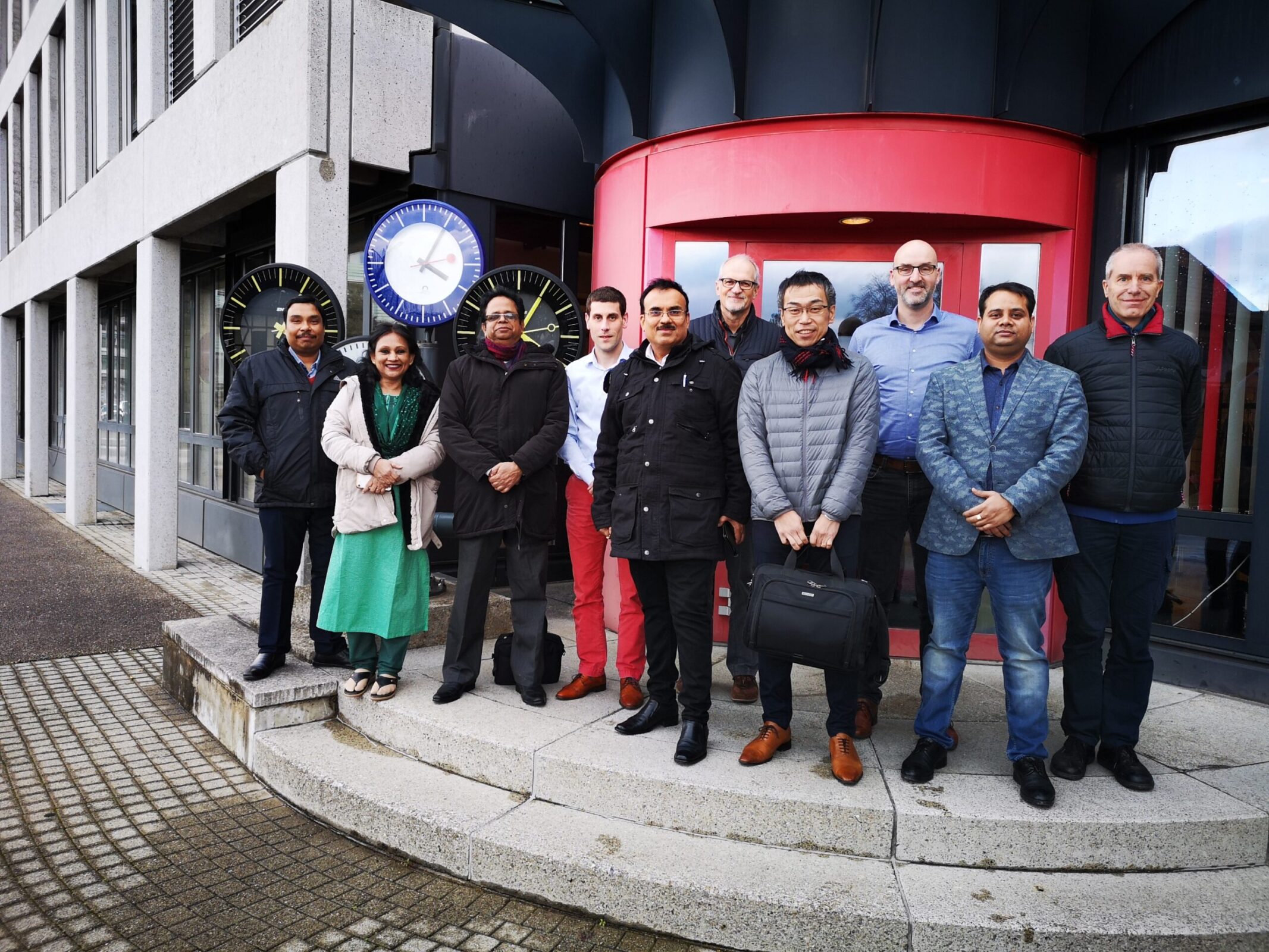 On 27th & 28th January 2020, we had an opportunity to welcome a Senior Delegation representing the Dhaka Metro officials, Bangladesh Road Transport & Highways Division and General Consultants including the Senior representatives from Larsen & Toubro as well as HFCL Limited witnessing Factory Acceptance Test of proposed Master Clock System, post inspection of the production process & the produced material. We find them fully satisfied with the visit at our factory in Switzerland.

The Dhaka Metro Mass Rapid Transit (MRT) is a new metro rail system being developed by the Dhaka Mass Transit Company (DMTC) in Dhaka, Bangladesh. The public transport system will aid in the economic and social development of the greater Dhaka area, which is facing traffic congestion and pollution issues. A total of five MRT lines, have been proposed for the project. MRT Line-6 is the first approved metro rail system under construction in Dhaka, the capital and the busiest city of Bangladesh.

The Dhaka Metro Rail Line-6 consists of 16 elevated stations each of 180m long and 20.1 km light rail tracks, start from Uttara, a northern suburb of Dhaka to Motijheel which is expected to be completed by 2020. The project is being managed by the Communications Ministry’s Dhaka Transport Co-ordination Authority, and a consortium of foreign as well as Bangladeshi firms known as NKDM Association is acting as General Consultant (GC). NKDM Association consists of: Nippon Koei Japan, Nippon Koei India, Delhi Metro Rail Corp (India), Mott MacDonald UK, Mott MacDonald India and Development Design Consultants (local consultant – Bangladesh).
A joint venture of Marubeni and Larsen & Toubro was awarded a contract by DMTC to provide electrical and mechanical rail systems for the Line-6, while Himachal Futuristic Communications Limited, a telecom infrastructure company based in India, was sub-contracted to implement telecommunication systems and Moser Baer AG (MOBATIME Swiss Time Systems), based in Switzerland is further sub-contracted for Design, Manufacturing, Supply, Execution, Testing & Commissioning and Training of the Master Clock System Package.

MOBATIME Master Clock System solution includes a highly precise redundant system, GNSS synchronized Master Clock / Grandmaster to make sure 99.99% availability & precision across Dhaka Mass Rapid Transit Network, while Sub-Master Clock Units to deploy at each Station and DCC room in Depot. The Sub-Master Clock to receive time and date signals from Master Clock Units and to distribute signals to station & depot equipment as well as various kind of slave analogue & digital clocks.
The platforms and concourses of the stations shall be equipped with outdoor double sided analogue clocks of 60 cm dial diameter for displaying hour & minute, while the outdoor single sided digital clocks of 180 mm character size display shall be equipped at head & tail of each station platform as well as at depot workshops. For concourse area, indoor double sided analogue clocks of 30 cm dial diameter LED-Illuminated equipped with hour, minute shall be deployed and at last the indoor single sided digital clocks of 57 mm character height equipped with hour, minute & second display shall be deployed at non-public area such as Rooms, offices, etc.

We herewith thanks this delegation for their visit & time at our factory.