What is the difference between GNSS and GPS?
Back to News 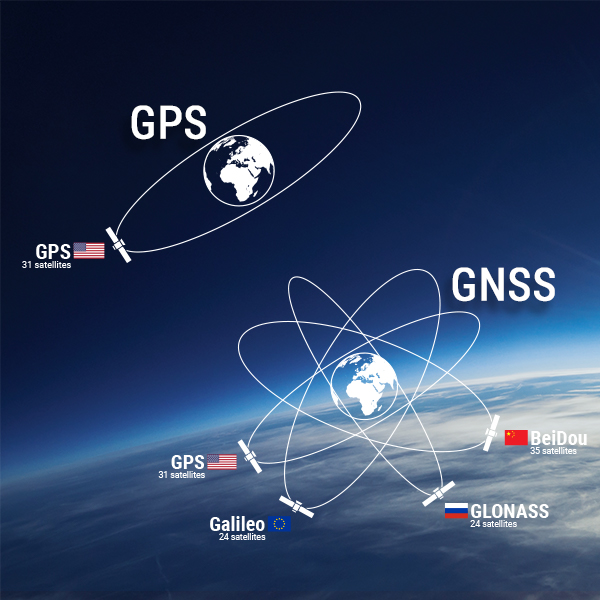 GNSS stands for Global Navigation Satellite System, and is an umbrella term that encompasses all global satellite positioning systems. This includes several constellations of satellites orbiting over the earth’s surface and continuously transmitting signals providing an autonomous geo-spatial positioning with global coverage.

The GPS constellation (developed and controlled by the USA) is still the most widely used GNSS in the world but major countries have now developed their own constellation: Glonass (Russia), Beidou (China), and Galileo (Europe) with improved accuracy

A GPS receiver has been designed to receive the GPS constellation only (24 satellites) when GNSS-compatible equipment can use navigational satellites from other networks (each network is controlling between 24 and 30 satellites). It is therefore recommended to use GNSS receivers for positioning and #timing applications.